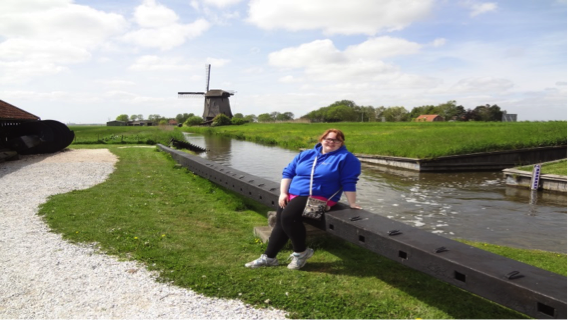 Doing Business in Europe Summer Program in the Netherlands – I am here in Groningen, Netherlands which is located about two hours outside of Amsterdam. This is my first time on my own outside of Canada so it has been hard to adjust. It has been completely different than Canada so I find that I want to go home at times because I feel like I can’t handle being out on my own in another country, feeling alone.

It is taking me a while to get confident enough to venture out on my own, but I am taking baby steps to become independent here. I am not an experienced traveller so it is taking some time to learn the ropes. Someone the people I meet here have experience travelling while other are getting used to it as well.

However, when looking past the culture shock and homesickness, it is certainly an experience of a lifetime. Here in Groningen, they ride bikes pretty much EVERYWHERE. There is a fraction of automobile traffic here than back in Halifax and sometimes it can get overwhelming. The one thing I dislike is riding bikes next to traffic, well, riding the bikes in general.

Besides for the mandatory courses (all are very interesting), we have been on one excursion so far. We visited a small fishing town of Marken (famous for their salted Herring) and a windmill museum, among other stops.

The Netherlands only have 11 remaining original windmills that were used to move seawater back into the sea to reclaim land. They were very powerful and were able to push thousands of gallons of water an hour to make sure that the Netherlands does not flood seeing how much of the land is below seawater. The surviving 11 windmills have been or are getting restored as much as possible to their original state.

Thank you for reading,