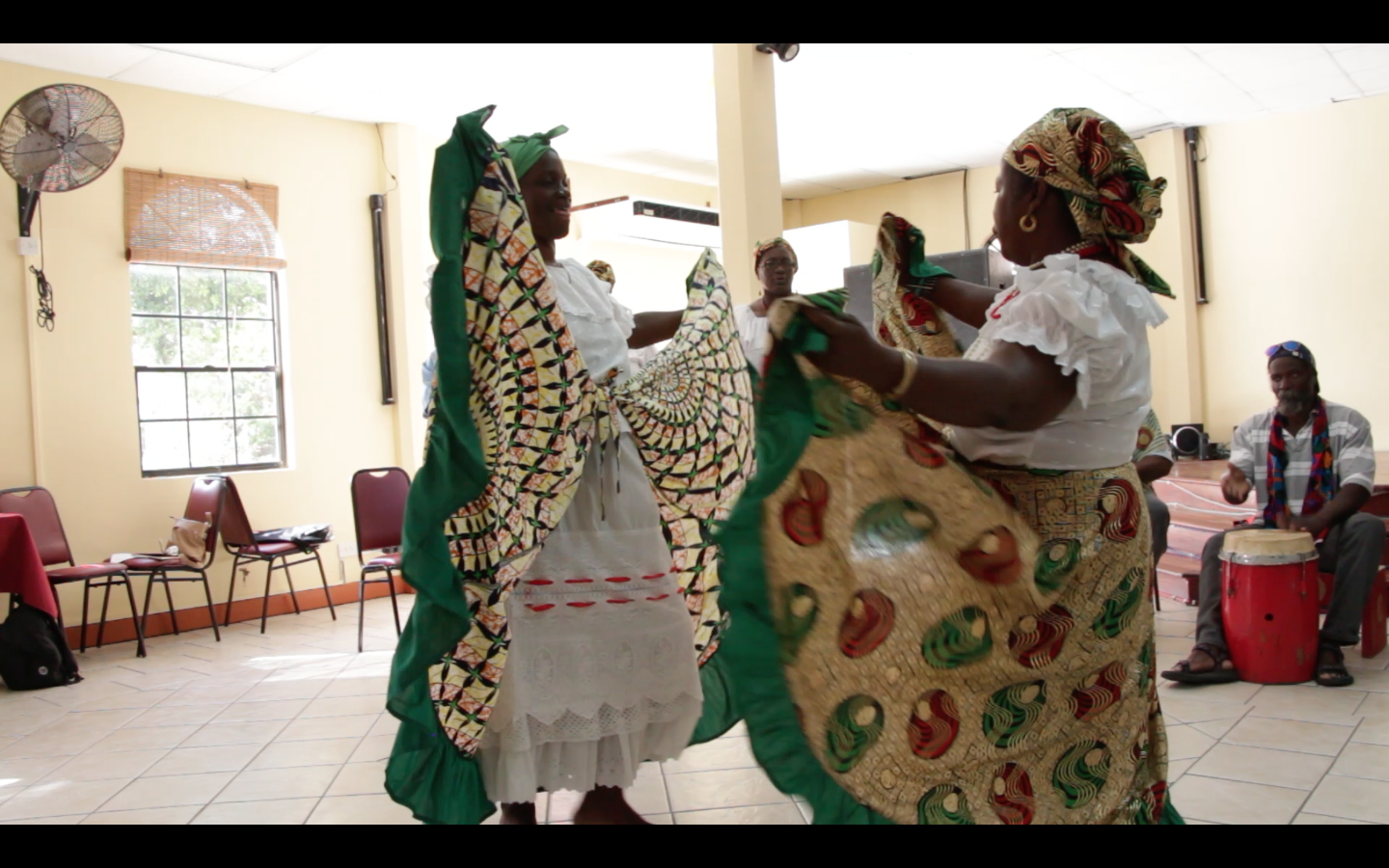 Cultural Entrepreneurship & Documentation Program in Grenada – Grenada is truly the most incredible place I’ve ever visited. The minute I stepped off the plane I felt like I had been wrapped up in a warm blanket. You feel safe. There is a pulse that is felt throughout the island; it is seen in the faces of the people and friendly honks from cars you get as you cross the street. Everyone looks after one another and everything feels connected as if every piece fits just right.

As soon as I arrived I wanted to feel like I was a part of this culture; a culture that is nurturing and lively. Our group went on many drives around the island. You would peer out the window and catch glimpses of lives; a woman washing her clothes, a father and son painting a house, a goat watching curiously from the side of the road… for a moment I felt like a part of their world but these were only pieces of the puzzle. I still wished to feel like I was truly a part of it.

On Saturday we travelled to the Island of Carriacuo. Once we arrived on the small island, we travelled to a place to watch some performances of traditional Grenadian dance and song. We set up our cameras with anticipation, not knowing quite what to expect. Suddenly, an older gentlemen dressed in traditional Grenadian costume began to call out, and behind him woman dressed colorful traditional gowns called back. One by one they made there way to the stage and began to dance. It was incredible! The liveliness in there movements perfectly captured the Grenadian spirit. As I watched them move, my wish to be apart of it grew even stronger.

Once the dance was finished, a man came up to the stage and got everyone quite. He told us that for the next song, everyone had to join in. At this point I became slightly nervous; there was no way I could dance as good as them, I would just end up embarrassing myself! But the music started without hesitation and one by one everyone began to join. I looked around and saw all the smiling faces and began to laugh. At that moment one of the dancers, a strong woman with bright eyes and a huge smile, came swinging towards me with open arms. She grabbed me by the hands and pulled me into the crowd. I didn’t hesitate.

I was dancing with them! I felt my hips swinging and my arms moving. I knew I probably looked ridiculous but it didn’t matter at all, nobody cared at all. All that mattered was that we were all having fun, and we were all experiencing it together. Then suddenly I felt it; I was finally a part of it. It was as if they had accepted us into their culture with open arms, and they were totally proud to share it. At that moment I looked out into the crowd of all the different faces; old and young, black and white, large and small, all smiling… and in that moment, when I closed my eyes, I swear I could here a pulse.