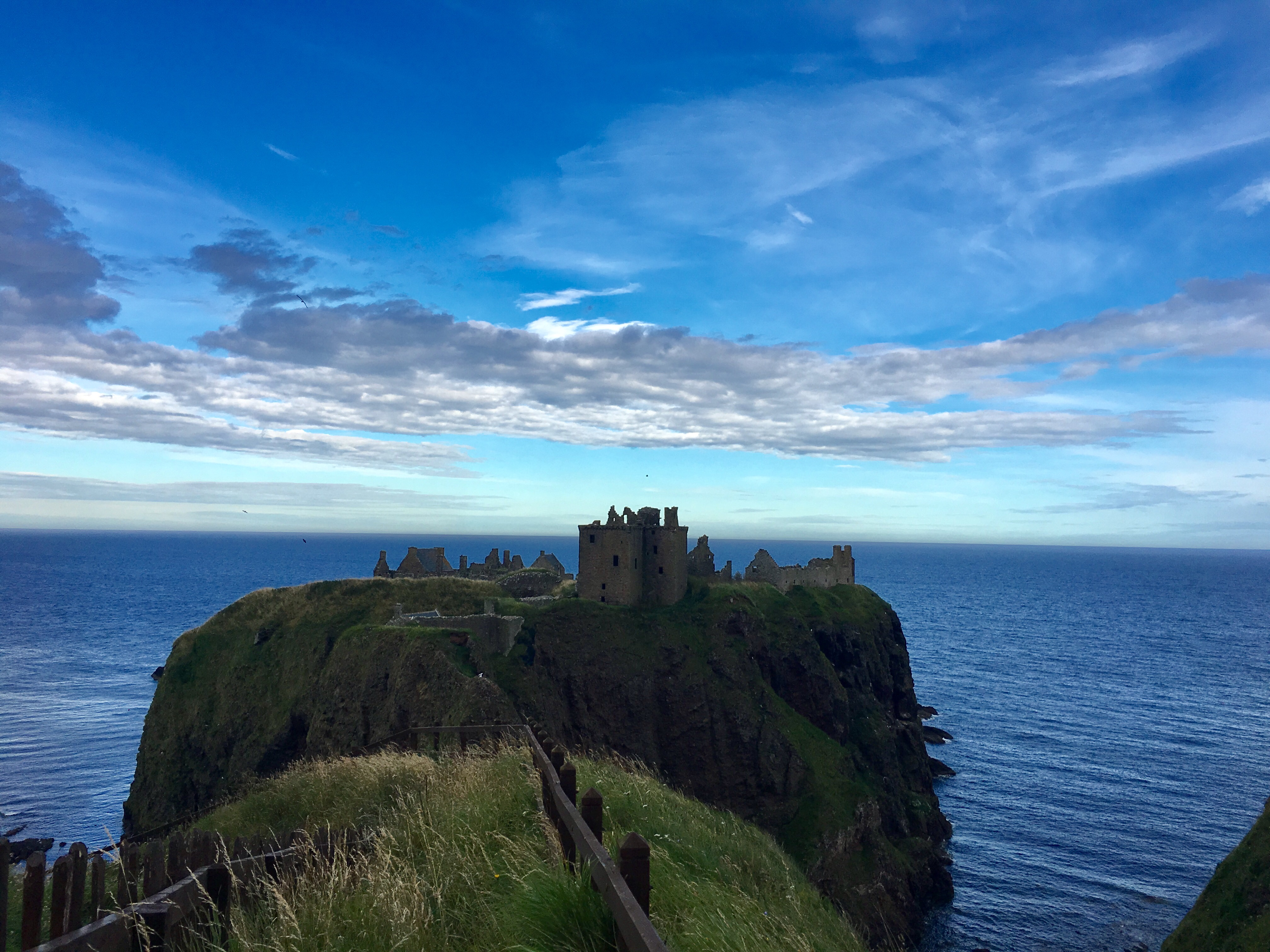 Entrepreneurship Summer School in Scotland – As my flight touched down in Glasgow, I should have been exhausted, given that I achieved zero sleep on the plane and had now been up for over 24 hours; instead the excitement had taken over and I was ready to hit the ground running. I mean after all, I could sleep when I got home.

After a train ride through the countryside, which I must say looked much like Nova Scotia, (but with infinitely more sheep), I arrived in Aberdeen, and settled into life in our flat for the week. The few of us who had arrived first, quickly got to work figuring out the lay of the land. Besides a few incidents, like locking my keys in my room as soon as they were given to me (don’t do that), and the most brutal fire alarm ever; we settled into life in Scotland pretty quickly.

When classes started up at Robert Gordon University we were given an overview of Scottish culture and an introduction into our main project we were to undertake while we were there. From day one, it was clear that the Nova Scotians and the Germans were meant to be friends. The two groups meshed well together and friendships formed quickly. Getting to know the German students was certainly one of my biggest highlights from the trip. They were a blast to work with, travel with, and most of all… drink with.

I used every free moment I had to hop on a train and travel somewhere throughout the country. The train system was certainly appreciated as it makes travel so easy and convenient. However, let my mistakes be a lesson to you. When printing out your train ticket, make sure you take both stubs with you!! Not my brightest moment, but we learn from our mistakes right? Speaking of travel, I was lucky enough to get to experience lots of the countryside while there. For me, it’s a toss-up as to where my favourite place was, as I loved both Edinburgh and the Isle of Skye very much. They’re very different, but equally so enjoyable, therefore to ask me to decide between the two would be cruel. Every time I asked a Scot where their favourite place was, the answer I was consistently given was always Edinburgh; I get it, it’s a super cool city!

Although sometimes we had to remind ourselves that we were there to participate in a summer school; ultimately all projects were a success and the presentations went off without a hitch. The goal was to create and market an internationally viable product or service, and I must say there were some stellar ideas! The chance to work with others from another culture, was really enjoyable and I learned a lot from them. I find often that students dread group work, but this teamwork experience was awesome!

Honestly I can’t say enough about the entrepreneurship summer program in Scotland. I loved the sights, sounds, education, culture, and most of all the people. Andrew, Dave, and Christine from RGU were all fantastic and certainly provided us with some entertainment.  I think if I had to describe the program I would use the term “organized chaos”. I mean that in the best possible way, but if you happen to be someone who likes a plan and structure, this trip may not be for you. I really didn’t want to leave, and I think I may still be catching up on sleep, but as I said in the beginning, you can sleep when you’re home.

A common Scottish farewell I was told many times was “haste ye back”, meaning return soon, and I must say I certainly plan to.