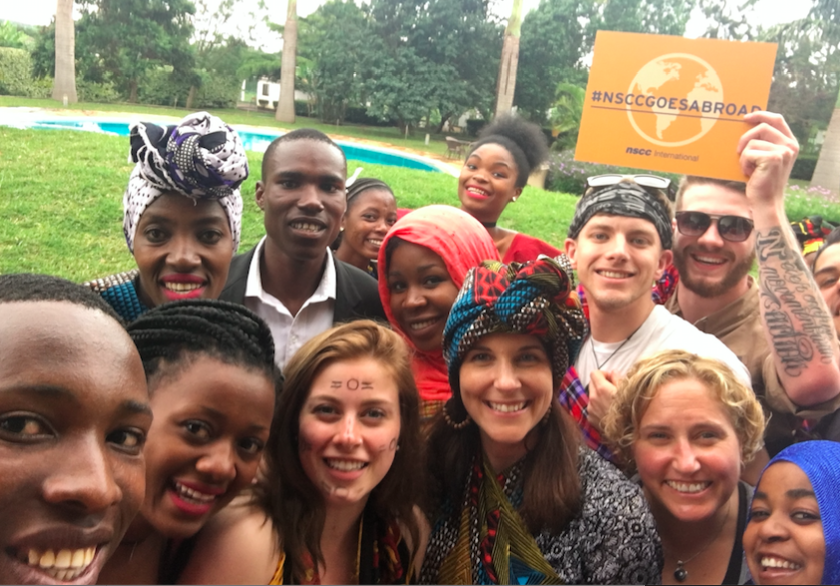 Oral History Project in Tanzania – Without a doubt, the highlight of this Tanzanian journey has been the students, both Canadian and Tanzanian.

When students sign up for an international program, they come with different expectations, experiences and comfort levels which can bring interesting challenges. Our oral history team included two journalism students, a screen arts student and a business student. Long before we departed, I was impressed by their enthusiasm and openness to learn about Tanzania, but I wondered if they’d be able to maintain their energy once we arrived.

They did. In fact, I saw their passion for their experience grow every day. Melissa, Joshua, Dante and Sean bonded as a team and they also bonded with their Tanzanian counterparts, particularly at VHTTI in Arusha.

We were warmly welcomed by the students and faculty there and from the first night the students were staying up late getting to know each other, learning about the various tribes, cultures and traditions and also comparing favourite music and video games. By breakfast time the next day, it was as if they had always been friends, all sitting together and talking about the days ahead.

I taught a session about conducting oral history interviews and had the students interview each other for practice. This only furthered the bond.  By the time we hit the field and began interviewing elders from the Meru tribe, they worked easily together, taking turns doing the interviews and getting used to operating the cameras. It was an impressive sight to see. At the end of very long days, the Tanzanian students, Joshua (we had Canadian Joshua and Maasai Joshua), Catherine, Doreen, Ong’oso, Pamela and Alice weren’t finished. They gathered our students up to teach them traditional dances and songs and to just hang out.

Everything the NSCC students were invited to do, they did. They tried it all. They ate it all. They played it all. A few times when I suggested they get an early night (at midnight) they told me they could sleep when they got home but they didn’t want to miss a thing.

So it wasn’t a surprise on the morning we were leaving for Mikumi that there was a flurry of Facebook connections, email exchanges, hugs and tears.

Joshua was particularly sad to say goodbye to the NSCC team. He was one of a handful of students who accompanied us to the airport. As I hugged him goodbye he handed me a bright green sticky note. On it, he had written “Mountains never meet but people do.” Turns out that throughout the day, he had quietly given one to everyone in our group. This resonated with all of us. Tanzania is home to the highest mountain in Africa-Kilimanjaro. Our group didn’t see it while we were there, but we did meet the most incredible people who became our friends. As Joshua’s note suggests, that’s a summit worth aiming for.