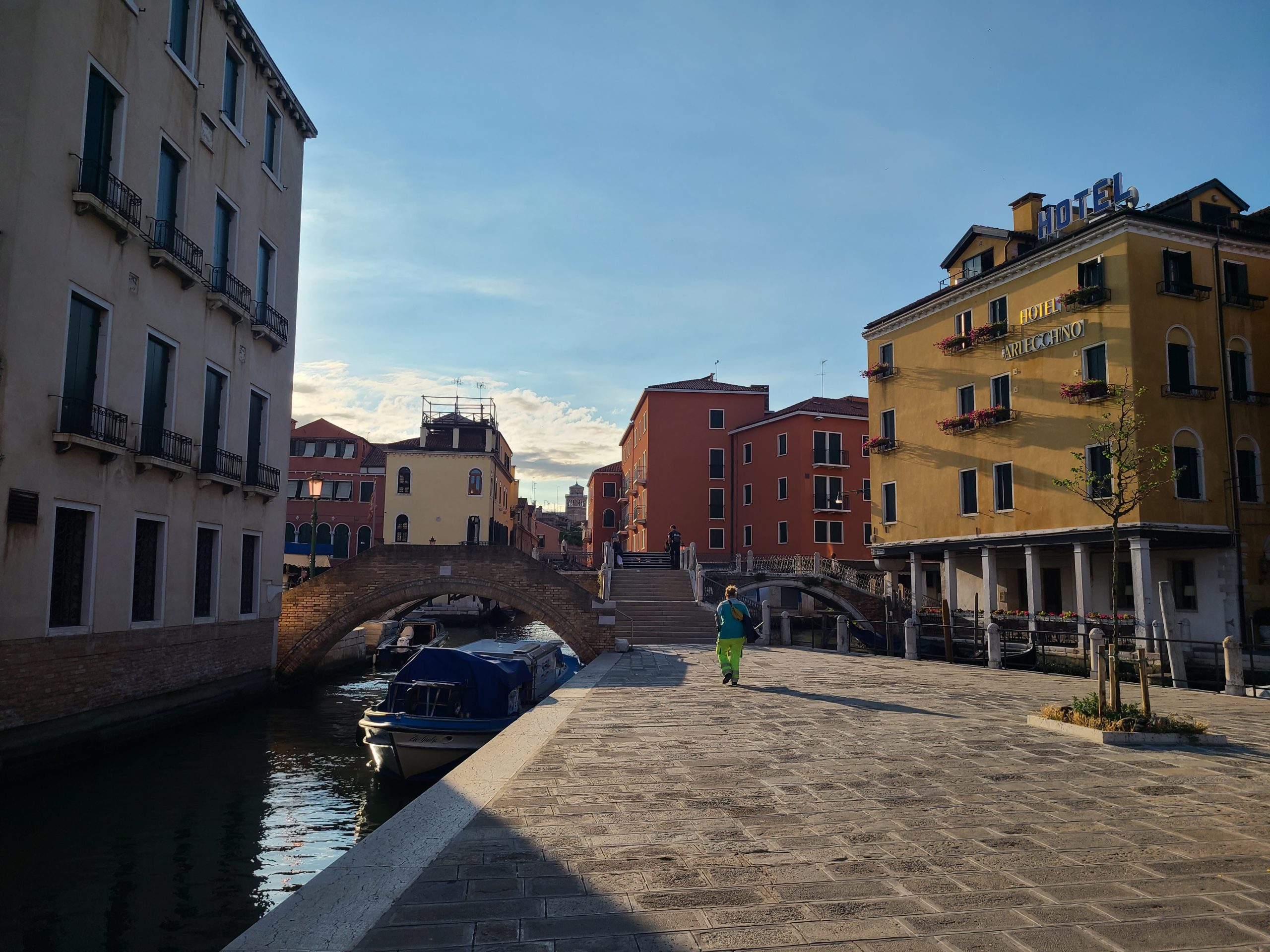 IT Summer School in Croatia – There are only two ways to travel. The first is when you (if you’re privileged enough to be able to) save up a fat wad of cash and treat yourself to nothing but the best during your trip. This is Touring. The second way is buying the cheapest tickets you can find, pack the minimum and run out the door yelling “I’m going on an ADVENTURE” like Bilbo freakin’ Baggins. This is Travelling. Touring is easier; it’s relaxing and intoxicating. Traveling is cheaper, with more organic experiences and unpredictability (for better or worse). I always seem to go Traveling.

We went to go to Venice the first weekend (“It’s so close we have to go!”). We decided to take the cheapest bus company that could get us there and back in 3 days. Unfortunately, the app doesn’t work very well. Numerous people got charged for tickets they didn’t receive (sometimes charged two or three times). It was enough for the bank to lock my credit card, which became a three-day ordeal.

To save money and time we took an overnight bus Friday. We would sleep on the bus and not need to pay for another night in an Airbnb, #lifehack! Except, we had a two-hour layover in Ljubljana in the middle of the night, and you never sleep as well on a bus as you think. We were zombies by the time we reached Venice.

The hostel was quite nice. The major problem of course was, no air conditioning. I cannot describe to you what a luxury air conditioning is, during a heatwave in southern Europe. It would have been worth paying double. Not to mention that this was a traditional hostel, with several (loud) strangers in the room with us.

None of this was a big deal, and frankly, a little discomfort adds to the adventure. But we’re getting to the real sketchy part now. I have gone through customs several dozens of times. They need to scan your passport to check authenticity, and then match up your face to the picture. Then they stamp it. Between Croatia and Slovenia, we had to get off the bus and walk individually through a building to do this process. Italy doesn’t care, they just let you in if you’re already in the EU. At the Slovenian border coming from back Italy things got a little weird.

We stopped at the border and were forced to stay on the bus, while the Slovenian border patrol guards forced one of the bus drivers to gather all our passports in a stack and bring them out to them. They insisted he be the one to collect documents, they would not enter the bus. They then took them across the highway to a little building for about 20 minutes. Eventually they brought a stack of passports back, gave them to the bus driver and told him to drive through. Now, you know what’s going to happen here.

The bus had already started driving while the second driver starts trying to give the passports back. Except, they’re all just in a big pile, and there are probably 70 people on this bus. So, he had to go through each one trying to find the person on this crowded bus, and then go back to the pile for the next one. By the time he finishes the pile, we’ve been driving for almost two hours and surprise! Someone’s passport is in fact missing. An Italian woman never got hers back, and they couldn’t just stop and turn around for her. For theatrical purposes, they asked everyone to double check inside their own passport in case hers had somehow slipped inside (as if such a thing were possible). Someone I spoke to on the bus said they had seen this on this route before and four passports had disappeared that time.

So, what’s going on here? An EU passport is extremely valuable on the black market. They didn’t even check to see if our faces matched the passports. It’s obvious to me that the passport was stolen. They have a group of people young/broke enough to be taking the cheapest bus (so, probably students). At a remote border crossing they’re stopped and forced to give up their passport. They can’t refuse because the bus is their only way home. The bus driver is forced to collect and return the passports, and a disappearance can be (and was) easily blamed on him. By the time they realize the passport is missing it’s too late to turn around anyway.

The only way to really avoid this is to just not take the cheapest bus possible passing through remote parts of Slovenia, or any other version of that sentence. If it had been my passport instead of that Italian woman, I would have been in a very bad situation. This was after a long night awake on the bus/Slovenian streets waiting for the bus, and another long hot night in a room full of strangers.

Saturday afternoon in Venice we got some snacks and wine from a grocery store in a quiet part of the city, and just relaxed by the canal together playing music on our phones. It was cheap, relaxing, and fun, and the Venetians that passed by were very friendly. It was more fun than sitting in a fancy bar and paying a fortune to be waited on. There are parts of the trip you can save money on and even have a better experience.

What I’m trying to say is this: money spent on better/safer transportation and accommodations is always well spent. We all need to stop challenging ourselves to travel as cheap as possible and identify places where a little more investment is worth it. A good night’s sleep improves the entire day. Renting a car and driving directly to Venice gets you more time in Venice. If it’s a budget thing, it might be worth spending less on souvenirs, drinks, fancy food at the destination. Find the balance between Touring and Travelling.