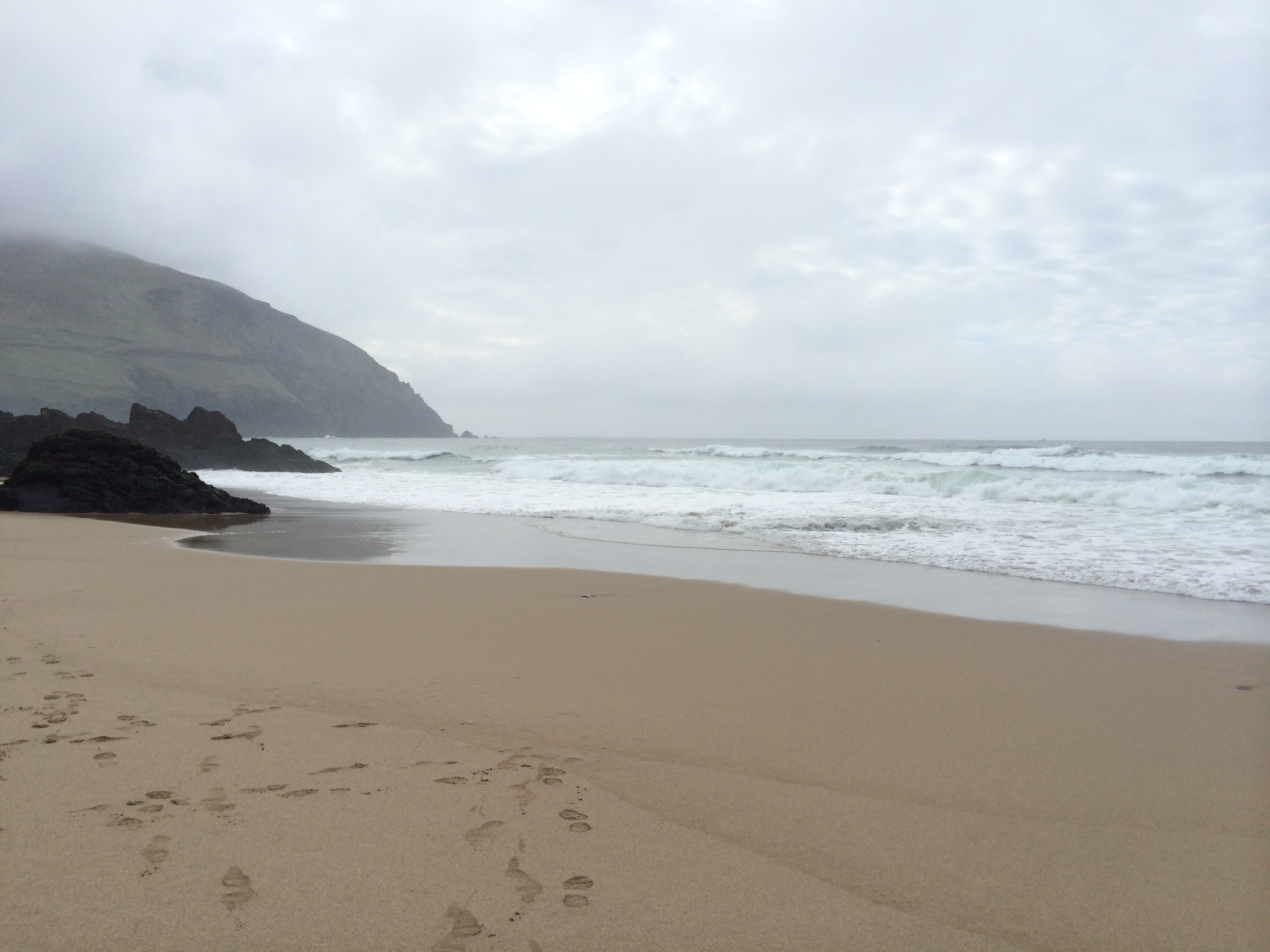 International Tourism in Ireland – Yesterday we arrived in Dingle, which is a beautiful little town located on the southwestern shore, also called the dingle peninsula. Dingle offers a broad variety of places to see, eat and shop.  Today we have been very lucky with the weather. There hasn’t been one raindrop yet…knock on wood.

After a delicious breakfast this morning with fruits and waffles, we headed out to drive the famous and scenic Slea Head Drive. The drive alone was quite the experience. The road was so narrow that it was hard to navigate the bus around the sharp corners to get up the hill. When you were looking out the window you could see straight down to the water. There was nothing but a small stonewall separating the bus from the edge of the cliffs. Despite the narrow roads and sharp turns, the view we had was absolutely stunning. The water was clear and as blue as it could be. Seeing the mountains in the background with the very top covered in fog looked also very beautiful. Along the way we stopped at a view places to walk around and take better pictures of the scenery. The first stop was at a look off with a great view and on the other side of the road there was a beehive hut that you could seeonce walking up a small part of the mountain. You can find these monuments everywhere and it is being said that monks could possibly have lived in these huts overlooking the water.

The second stop was a beautiful little beach. Once we made our way down to it, the sun started to peek out and we had a great opportunity to take some beautiful pictures of the beach and the mountains in the background.

The next stop was another look off where two Irish people set up a little stand. One of them was selling nice postcards while playing the flute and the second stand was selling Ogham Stones and necklaces. The last stop was on top of a little hill that overlooked Brandon Creek. Again the view was amazing. I just can’t believe how clear and blue the water is. It is such a nice contrast with the green hills in the background. Brandon Creek was names after Saint Brandon who set sail to America, which is said to have been in the 9th century.

The Slea Head Drive looped around and led back into Dingle on the other side. I really enjoyed the views and the stops we made. It added another piece to the whole Ireland experience. Also, that the weather was cooperating today was a big plus and made it even more enjoyable. I think Dingle is one of the most beautiful towns in Ireland that you have to visit during your stay!