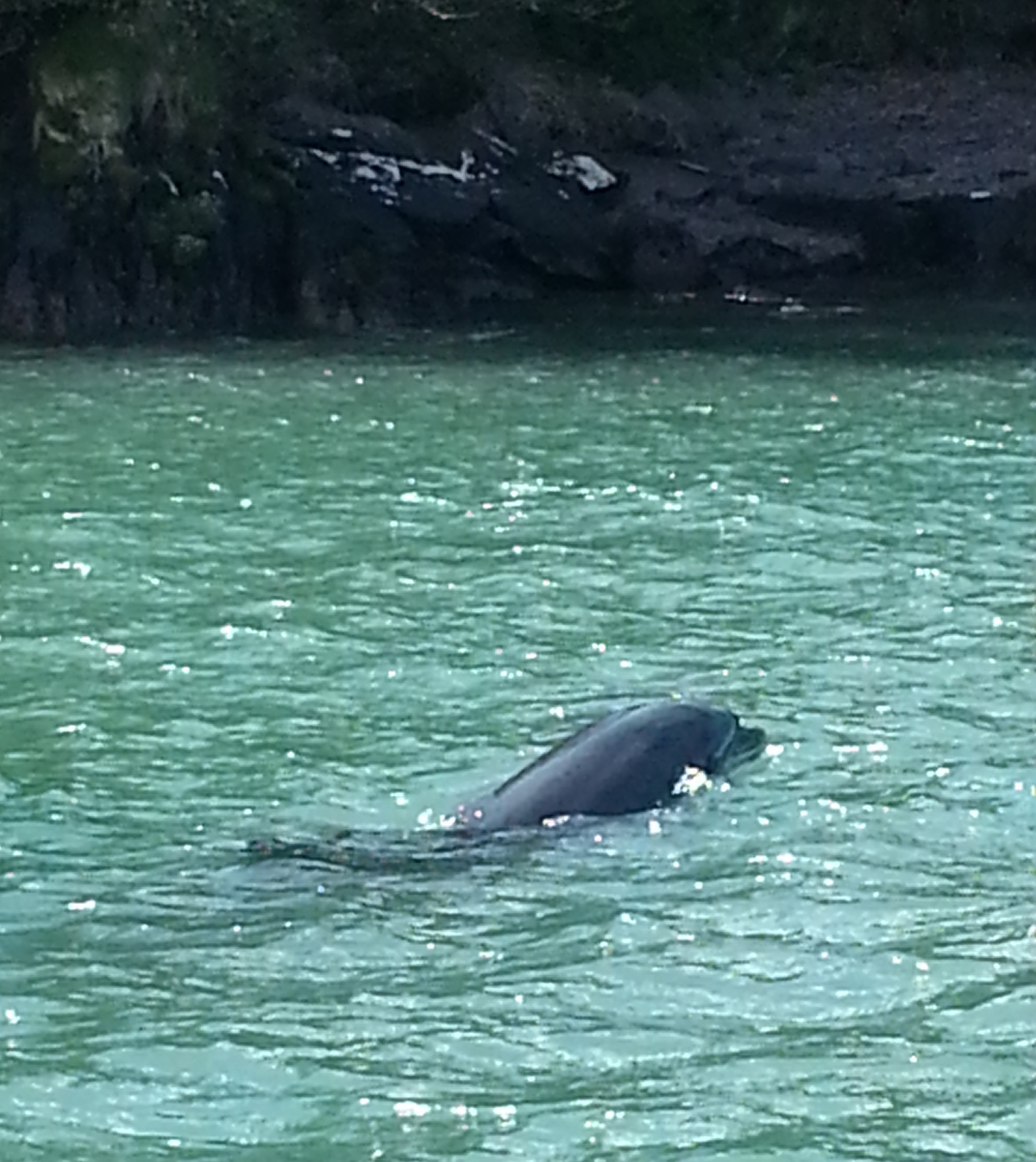 International Tourism in Ireland – Today we woke up in Dingle, Ireland. We jumped onto the bus and headed out on the Slea Head drive. It was a beautiful picturesque drive along a cliff edge down to the ocean.  We made a few stops along the way for fresh air and pictures, which included going to see the Beehive huts, a beach with surfers, a musician and beautiful views. We were on this drive for a few hours while Marian our guide told us some stories and info about the area. Declan our driver was happy to stop at any time he could, for us to pop out of the bus.

After our scenic drive we had free time in Dingle. Some of our group was going horseback riding, others were going to explore or shop. One group, which consisted of Aileen, Alanna, Cindy, Eunsol, Kendyl, Michelle, Marian and I, hopped on a boat at the waterfront and went for an hour boat ride to see Fungie the Dingle dolphin. Fungie is a wild bottlenose dolphin that has lived in Dingle Harbour since 1983. We were told when heading out that Fungie was giving a good show today, so we were keeping our fingers crossed that he was. He did not disappoint. As we left port the views of the surrounding landscape were amazing. It took us about 10 minutes to get out to the area that Fungie resides. Once there it didn’t take long for us to spot him. He seemed to be playing a little hide and peek with us – where he would pop above the water and then disappear and pop up somewhere else. However, at a few points he was swimming directly beside the boat and he would pop above the water periodically. We all had a great time on the boat ride and were happy to have seen Fungie.

From there were explored the waterfront and some of the shops on the way back to the hotel. Aileen, Cindy and I went to the Boat Yard for supper and it was delicious – Mussels, fish & chips, and Lamb. For our nighttime fun we went to a Gaelic pub that had a local band playing.

See you in Nova Scotia.