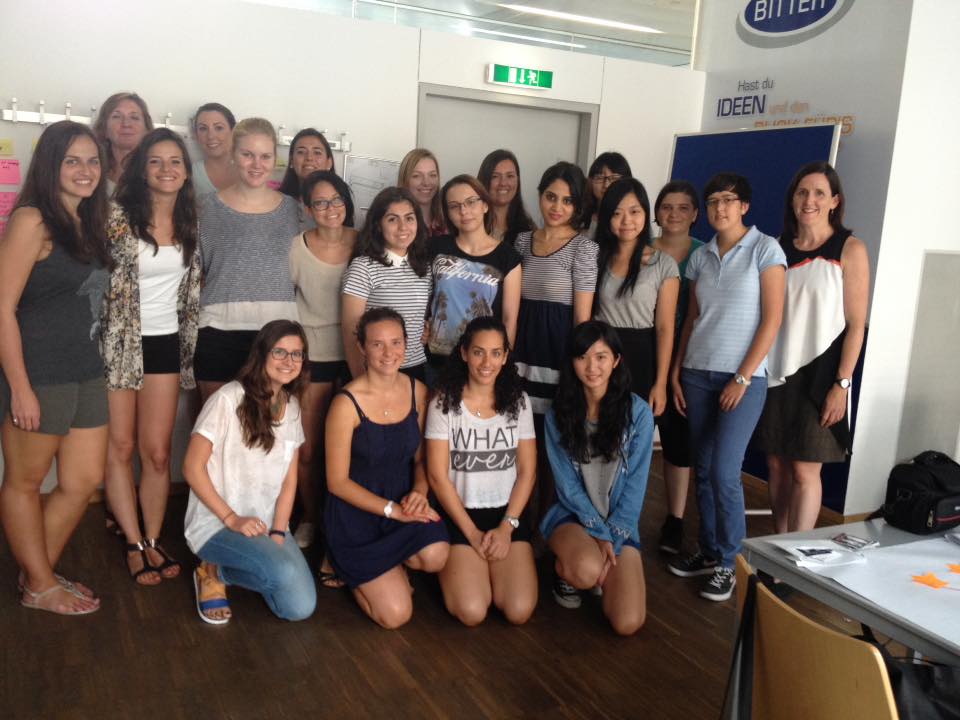 Women in Engineering Summer Program in Austria – When I left Canada, I had a general idea about how this Summer Academy would go. My pale, Canadian skin, would be red from all the sun. I would be tired from all the late nights, early mornings and lack of Timmy's. I would spend most of my time lost, wandering around Wels. But mostly, I'd be having the time of my life. After the two weeks here, I can confirm without any doubt, that I had the right idea.

This course brought together 19 women from all over the globe and put them under one roof. These women came from different walks of life, studied different subjects and spoke different languages. Nevertheless, they all had one thing in common. They had a passion for learning and a desire for change.

We spent the two weeks learning about different subjects regarding science and engineering. We were able to "send" a rocket to mars, find defects in an airplanes body with thermography, design products usable in 2030, create cell art, store written information inside of DNA strands and evaluate a products life cycle from the very beginning to its very end.

We didn't just spend time in the classroom though. We toured the cities of Austria and went swimming in its lakes, under some of the most beautiful mountains I have seen. We toured one of the largest steel production companies in Europe and were able to watch the process of making steel starting with freshly mined iron ore and finishing with a fender for a Bentley. We spent the afternoon in Linz, at the Ars Electronica center, where art is inspired from Science. And later, we ended that night walking around the cobble-stone streets, watching performances and soaking up the culture.

I believe that the best part of this course didn't come from the facts and statistics that we were taught, but from what we learned from each other. Every woman was able to introduce a unique prospective with each discussion we had. I learned how to take a step from what I thought I knew and open my mind to different ideas. I learned how to brainstorm, compromise and be creative. But mostly, this trip allowed me to grow both as an individual and as a student.