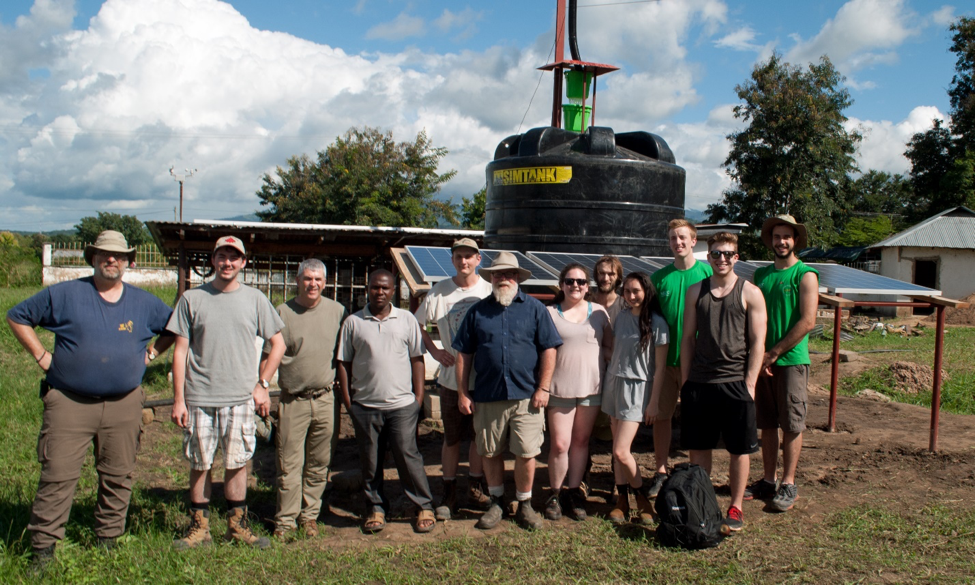 Exhaustive planning for the preceding 4 months prepared us well for the task of aeration 10,000 litres per day in order to remove the hardness from the water.  A lofty goal, which would present many logistical and technical challenges given the remoteness of our project relative to Nova Scotia.

Upon arrival at Mikumi, we found the solar water pump that was had been installed two years earlier was not functional and had not worked in a year.  This unexpected development meant our project team needed to split its focus from our planned installation of our treatment system but also concurrently repairing the pump.  While we were successful in commissioning our aeration system, ultimately we were not able to rehabilitate the pump.

I want to acknowledge the tremendous work put forth by our team of students.  Their ability to problem solve as well as diagnostically troubleshoot was truly impressive.  Additionally, our students took the time to teach and demonstrate to the eager VETA students how to install the various components.  NSCC can be proud of the caliber of student we graduate from such diverse disciplines that made this project possible.  I also want to recognize the staff and students of VETA Mikumi who provided a huge amount of support to the project that made it a success.