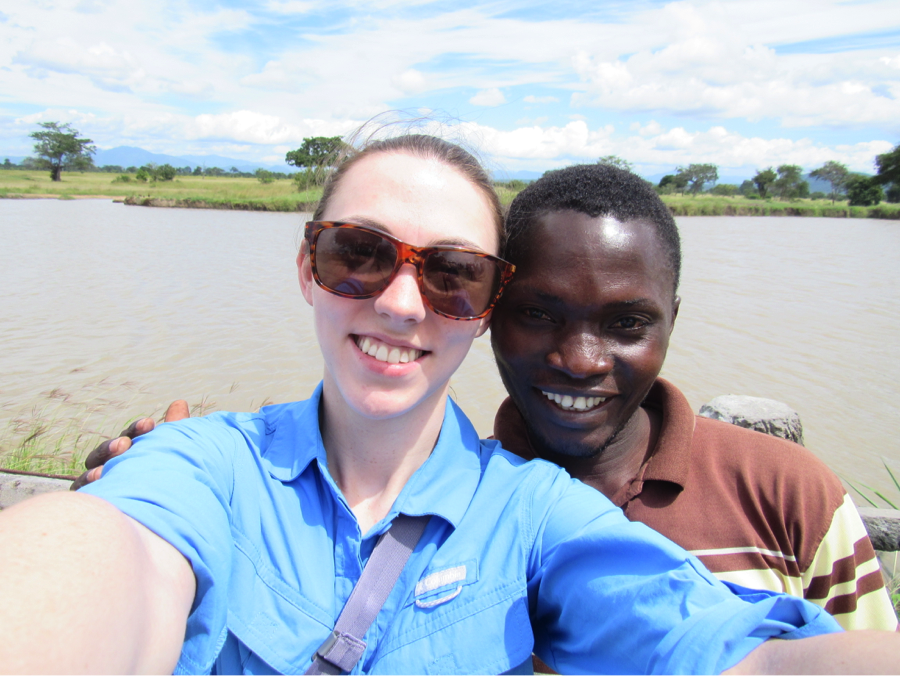 Mikumi Solar Project in Tanzania – The last week at Mikumi came and went faster than I could have imagined, but we accomplished a lot!

Monday was certainly a slow day trying to get back to work after a safari-filled weekend. For the environmentals (Alanna, Jim, and me), Monday and Tuesday were days filled with staring at computer screens trying to make sense of our data from the dataloggers. Monday afternoon a few of us took a walk to the village with Patrick and Mr. Saronga to take samples of the village water for coliform testing. The “30 minute walk” turned out to be far longer than that, but it was very nice to see the village of Mikumi. Tuesday we got to see the results of our water samples, which were less than ideal, testing both positive for total coliform bacteria and E. coli.

Wednesday morning was possibly the most embarrassing moment for the Solar Babies. We joined one of VETA’s morning assemblies. Mr. Saronga gave us an introduction, and then had each one of us introduce ourselves and say what we were doing. We then listened to a few hundred VETA students beautifully sing the Tanzanian national anthem. Next it was the Solar Babies time to shine. The nine of us sang a less than stellar rendition of the Canadian national anthem. I applaud the VETA students for not laughing because I could barely keep myself from laughing at our beautiful 7am singing voices.  After the assembly it was off to breakfast and then back to work.

Wednesday was a busy day for everyone. The environmental team was busy taking static water level measurements in each of the wells when we realized halfway through our measurements a pump had been turned on. The measurements we obtained were less than perfect but we had to make due.

Thursday we took more static water level measurements, hoping to get a more accurate representation of water in the wells. Combined with the data we obtained from the dataloggers, we were able to see if there was any hydraulic connection between any of the wells, and see how well the wells recover after a pumping period. Alanna and I plotted our data in Aqtesolv hoping to get a better representation.

We also tested the water in the large reservoir that wells 2 and 3 pump into. After coming up with a make shift water sampler to get water from the reservoir, we tested the pH, turbidity, conductivity, and took samples for the coliform test.

Thursday was possibly the busiest day. Everyone was busy getting the final touches on their ends of the project finished.

Friday morning we got to see the results of our reservoir test, which were what we expected: positive for total coliforms and negative for E. coli. It will be nearly impossible to get a negative result for total coliforms in this kind of setting, but it is not entirely a bad thing because not all coliforms cause illness, just the fecal coliforms (namely E. coli). The last minute final touches were done and everything was working.

The Solar Babies gathered out front of VETA Mikumi to say goodbye to all the wonderful people who spent the last two weeks with us. Lots of hugs and pictures were taken; maybe even a few tears were shed.

It was back into the van to Dar es Salaam and off to the Peacock for some kili-time for our last night in Tanzania.