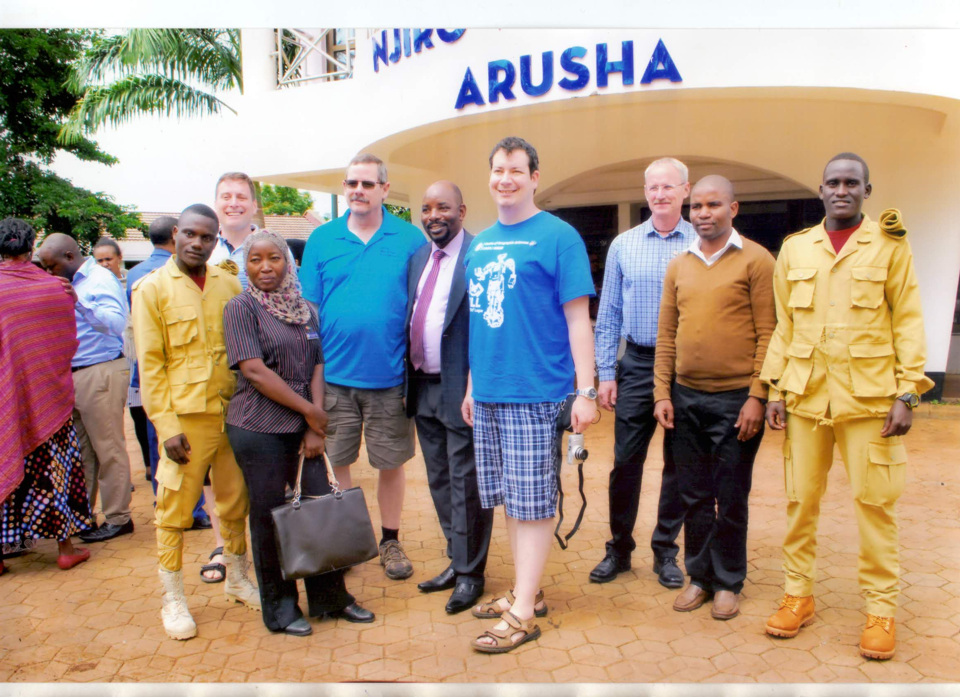 IT Solutions Project in Tanzania – The first site of the IT Solutions in Rural Tanzania project was a vocational school for training in tourism and culinary, located in Arusha. Most of the work we did there was needs analysis, as we were not originally scheduled to go there. We did address some issues at the physical layer, patching up damaged cables and getting the phones to work. We also looked at their wireless routers and ordered some replacement antennas for them. They wanted to setup VLANS on their network, but all their switches were unmanaged, so we recommended some switches for them to purchase as well. Finally, I gave a presentation I made about diversity in the workplace to the local students who were participating in the IT Solutions Project with us.

The 2ndsite was in Mikumi, also at a vocational and trade college. We brought a server and a couple of switches from NS. The hard drives were configured with RAID but whoever packed it didn’t record the order, so we had to test them in different slots until it worked. We were working with ESXi and used a converter on my laptop to transfer the firewall from the old server to the new one. We also gave them a license that would never expire since the last one went kaput only two months after the last visit. We performed traffic shaping with OPNsense, to limit the bandwidth that the students could use, and setup a Moodle server for the school to manage their courses. We replaced some faulty access points, and setup this “time freezing” software on the students’ computers so that they would be reset to a certain point after rebooting.