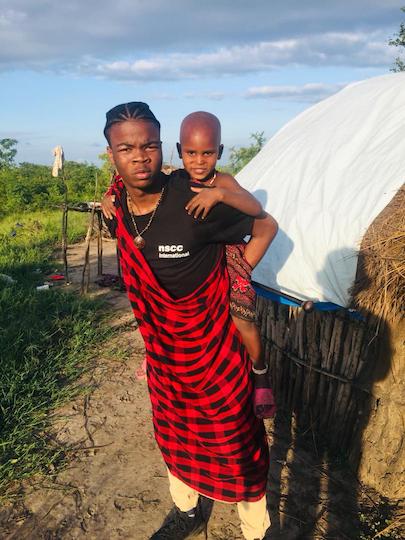 Oral History Project in Tanzania – I am Romic Isaac, an international student from Grenada. I am an ambitious, focused, disciplined, kindhearted young man who had the opportunity to work with NSCC International before I came to Nova Scotia. One of their numerous study abroad projects is in Grenada. I had the pleasure of meeting and working with a group of interesting, unique, fun, focused, like minded individuals from different walks of life, cultures and ethnicities. These newfound connections had me more intrigued about the place called Nova Scotia in which I was going.

After enrolling at the Nova Scotia Community College, through a scholarship given by the government of Canada and the TAMCC and NSCC connections, I reconnected with my international family. I believe that I have become an international ambassador, not only for my country and home institution, but also the Nova Scotia Community College.  With my unique culture and origin, I realized my story can be life changing for others who want to listen, and I must be the one to tell it, not just with words but by living it every-day. Being a student of NSCC gave me the opportunity to be a part of another international project, which I didn’t hesitate or falter to jump on board. I worked along with friends and family to raise funds for the trip, and after five months of planning the dream became a reality.

Before I knew it, I was travelling with a new family to Tanzania, Africa. My experience traveling to Tanzania will always remain special and life changing for me. I met so many different individuals who have their own unique culture, traditions, and language based on their tribes, although they all live on the same piece of land called Tanzania. Their way of life, which evolved over time due to the advancements of technology, truly amazes me. Their culture and lifestyle have changed, but their traditions remain rooted in their souls and mind.