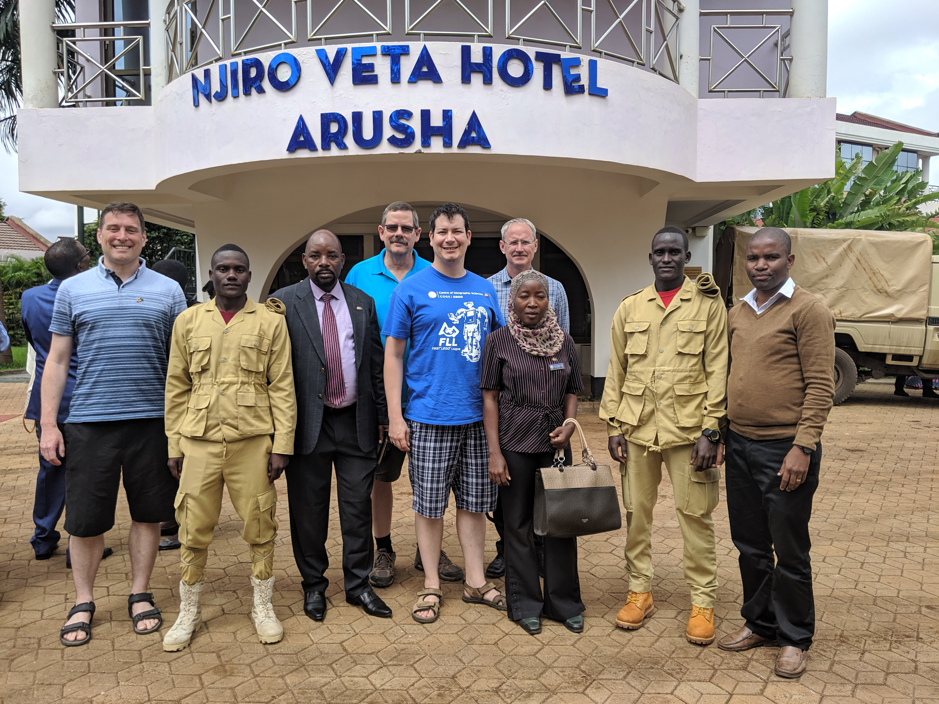 IT Solutions Project in Tanzania – What a learning adventure my time in Tanzania with NSCC International has been! I never expected to have such a broad range of experiences. Just as this beautiful country is a hectic blend of traditional and modern, urban and natural so has my time here been a mix of hands-on network troubleshooting with the “IT Solutions Team” (see picture) to visiting a traditional tribal village and partaking in a feast with members of the Meru tribe. I can’t think of a better way to learn how to work as an IT professional than within the context of being stretched by having to navigate language and cultural differences. I certainly have never had an “on-site” experience like this one after 20 years in the industry.

There have been many memorable moments but just to pick a few outstanding ones:

One thing that really impressed me about the teachers and students at VHTI Arusha is their flexibility. As I hope the list above shows, people here possess a remarkable resourcefulness borne out of necessity. They may not have decent (or any!) equipment but they are always willing to try and find a way to make things work. You see this in Tanzania in general with the m-pesa system that everyone uses to pay for goods and services. M-pesa allows the transfer of funds over SMS— basically paypal via cellphone. Even tiny stalls at the side of the road sport signs accepting all major types. It works so well here because everybody has embraced cellphone technology even though they never have had a desktop computer or bank account. Furthermore, because the prior telecom infrastructure was so poor, they have leapfrogged it to go straight to a modern wireless network. Certainly it is much cheaper to get wireless data here compared to what we pay in Canada!

Finally, I have to emphasize the hospitality. The people here are remarkably friendly and welcoming. The slightest effort in Swahili, for example, is greatly appreciated and although some things may not be as advanced as what we have in the West, Tanzanians compensate with a warmness and genuine interest in our part of the world. This has truly been a wonderful education and I highly recommend NSCC International’s program to anyone who wants to stretch themselves and learn and grow in an exciting part of the world.

Faculty, School of IT & Creative Industries